The Csango radio of Ciucani village I founded with that aim, to make the real Moldovian Csango- Hungarian culture known, and with this I make room for those who are living among us, the Romanian culture as I make room to the other cultures, too in the world, but of course in my broadcasting I consider my own the Csango -Hungarian culture and to this I offer much room in my own civil radio and I am open to those that are not speaking the language, but their origin is Hungarian.

That means that all those who recognize the Csango branch or live with the Csango culture, can use the transmissions: as an organization or civil person in any of the languages, that they must to translate it either in Hungarian or Romanian, and if it is necessary, I can translate it in both languages. The Csango radio of Ciucani village doesn`t deal with politics and it is not under political influence or any such person even if they would sponsor the radio, but it gives opportunity to all the organizations and persons if they are obeying the Christian rules and standards.

If a non Christian person wants to speak in the radio, one must obey the human ethical and moral standards. With this I mean that I won`t tolerate hatred or threat in my radio.

You can speak in this radio or send material at the following email, office@csangoradio.ro, or electronical registrations even on CD or DVD. 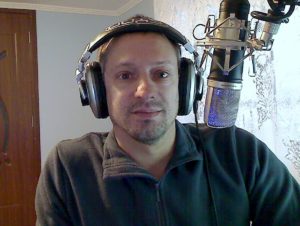 Lorent Celestin
The editor of the Radio of Ciucani village